"We should always reward hard work."

A chat about appreciation in sales with sales leader Dipak Vadera.

Dipak is a self-proclaimed "Fulltime Backpacker" and an active ambassador for remote working. But next to traveling, he is also a successful sales professional. He helped Uber launch in the UK, Hootsuite to become the world's leading social media management platform, and Leadfeeder to become the website identification software leader.

At the moment, he is leading the Leadfeeder sales team fully remote and using his expertise to help salespeople around the world improve their social selling and prospecting skills with individual workshops.

Don't want to read? Watch the interview on YouTube!

How do you think this potential lack of appreciation for sales reps - weather it’s sales leaders not appreciating sales reps or maybe even customers not really understanding or appreciating how hard it is to be a sales rep - what kind of impact can that have on sales reps and the results they come up with or not coming up with because they don't feel positive or happy in their role?

Everybody appreciates being appreciated, valued, and being part of something. And I think when employees lack that sense of belonging it doesn't only affect their job performance but also their retention in the long run. And the last thing you want as a sales manager is a team that is not committed and ultimately disengaged. You want them to think that you care about them not because of the numbers they bring. You really do care about them on a human level.

For sure. And do you think that has become harder with the pandemic like being able to show your appreciation for your sales reps. Because you're not in the same place maybe you have to organize it more. Like “Hey, let's have a coffee chat and let’s talk about how well you did,” or whatever it might be.

For sure. For a lot of companies working remotely or working from home was definitely not the norm. So they had to adjust a fair bit. A lot of these sales teams were used to working out of the same office, in the same department, they’re all sitting side-by-side. So it was kind of easy to motivate each other, keeping an eye on each other. A lot of companies had gongs that they banged whenever they closed a deal. That has become quite hard. It’s been a major shift and a major change for a lot of companies, something they haven’t been used to. So it’s definitely something a lot of companies had to adapt. For us at Leadfeeder for example it’s been very different. We’ve been working remote ever since the company was founded. So our whole culture is built-up on remote first and so for ourselves we’ve been very used to motivating salespeople remotely but for a lot of companies, for most companies out there, this has been something very new.

So I've been a salesperson myself and I know that my team’s day to day is a grind. They're facing rejection pretty much on a daily basis and any person who is listening if they’ve been in a sales role they probably agree. So whenever my team does something good, something extraordinary, for example, they close a massive deal I take a moment to recognize their efforts, their hard work and everything they put into achieving and securing that deal. And it just comes down to whenever things don't go as planned I'll be the first one on their backs, like, “You’re not hitting your numbers.” “You are not achieving this.” But it should always go both ways. We should always reward hard work and then be there for both the good and the bad. What I tend to do with my team is I occasionally send them a thoughtful message whenever they are least expecting it, like, you know “Well done on this.” “Good job on this.” I’m just generally checking on them a lot more often especially with the pandemic and things going on in some parts of the world. I just like to let them know and remind them that I'm there not only on a professional side but on the personal side as well. If they need me, need my help, they need my assistance, they like my advice, I’m there for them.

Cool, sounds like you’re a good boss. So, what should then frontline sellers do if they don’t have such a good leader as yourself and they feel like they’re not being appreciated or that they are not having their feelings been discussed and put into the open? How can they discuss that with colleagues or management in a way that is constructive and actually leads to a positive change?

I think that lack of appreciation usually goes unnoticed a lot of times by both your boss or your colleagues just because people are usually very self-centered or they’re really busy with what's going on in their own lives that they forget and they don't realize what's going on externally, right. So they might not realize themselves what's going on in your life. And if you think this might be the case just don't be afraid to speak up. Just bring it up in your 1on1’s, in your meetings with the team, and if you notice that nothing changes over the course of time in the long run after you've brought something to their attention you may want to seek a role elsewhere.

That's very good advice indeed. So, we’ve talked a little bit about appreciation in terms of verbal appreciation, giving people positive feedback, and constructive criticism. There was a survey that was done a few years ago in a LinkedIn group called sales and marketing leaders on the topic of what motivates salespeople and it actually found the majority of sales reps said that they preferred or they would opt for recognition as opposed to financial incentives - so money - as a key factor that motivates them. Which I think is super interesting considering that financial compensation is probably still one of the key motivating strategies at sales organizations. So why do you think that is? Why do you think sales reps in particular care about recognition over money as this survey seems to suggest? Why do you think that is?

Very interesting indeed. I’m just curious, do you know if this survey was by any chance aimed at junior salespeople or senior sales reps?

The only reason I ask is because traditionally people are lowered into sales for the potential to earn more. That's what attracts them to join sales. It’s only after some time that motivation might change. I reckon that post-COVID we might witness a shift in importance given the things like working from home, flexible working hours... Those things might be more fought after than this financial compensation.

So, do you think it will be important that sales organizations offer this as a way to bring more sales people in? And do you think that if sales reps are pursuing potentially financial incentives over recognition and the enjoyment of the job that ultimately they are not going to feel fulfilled in a sales role?

Absolutely. It will really be down to the companies to really adapt with the times and change. And then kind of see what other companies are offering, those at least who are leading in remote first for instance, and just what people want. Just asking people what they like, where their goals are, where there expectations are, and as closely match them as possible

I suppose it's fair to say that salespeople have not the most positive reputation amongst “normal people” (I put in quotation marks) especially with customers that are not really sure what sales people, do what their motivations are, and they're reluctant to really engage with sales reps because of this very negative stereotype, which in most cases not true at all. What do you think sales reps can do to overcome the stereotype and actually show customers that what motivates them is actually helping them and therefore hopefully gaining a bit more respect and appreciation from customers that they hope to serve?

Exactly just that. Being transparent, open, being upfront with the customer, managing expectations. Just honesty goes a long way. I still see salespeople hiding things or unwilling to disclose things or a lot of them are just very much self-centered or very much interested in their own goals. And adopting a more altruistic approach will really help them emphasize a lot more with the prospect and really help them with their own goals and objectives. But it has to come from within. I like to think that if you can't motivate yourself as a sales rep no one else will do it for you. And that external motivation that you might get from somewhere will often be very much short lived. So it has to really come from within, wanting to change and wanting to be better and also wanting to change that perception that people have on us in sales.

Yes, for sure. Do you think there is also a lack of appreciation the other way round and frontline sellers also need to acknowledge their managers more?

As a sales manager when things go well, your team should get the credit. When things don't go well everyone will be pointing their fingers at you. That's just how it works. That's part and parcel being a sales manager. You didn’t become a manager to get all the accolades, those go to your team. You serve your team. It's your job to ultimately help them become the best version of themselves.

And then, just quickly, I know I just sprang it on you that it's national salesperson day next week, but will you have any plans to celebrate with your team now that you know or what potentially will you do to celebrate? Even just on your own in home office.

I probably hop on a call with my team on the day let them know this is the day and I maybe send them a little something. Just a physical gift with a post perhaps just to show them my appreciation, give them that little praise for their hard work so far for the start of a year.

And the last question: What would you say to any sales rep that might be struggling right now because of the much bigger picture of the pandemic but also because it's actually just pretty hard to be in sales in the middle of an economic downturn and a pandemic... What advice would you give them to maybe lift their mood and make them feel more positive going forward?

Keep calm, keep at it, and keep on going on. These bad times will come to an end and all we have to do is just put in the work and continue doing what you're doing and at some point, when things get better, you will realize that, you know, all those worries... of course there’s a lot of

things that are happening around you that you can't control so just focus on what you can control and like I said this won’t go on forever we will get through this together.

I think that’s the perfect point to end.

Want to learn more about Dipak? Connect with him on LinkedIn or read his full story on his website. 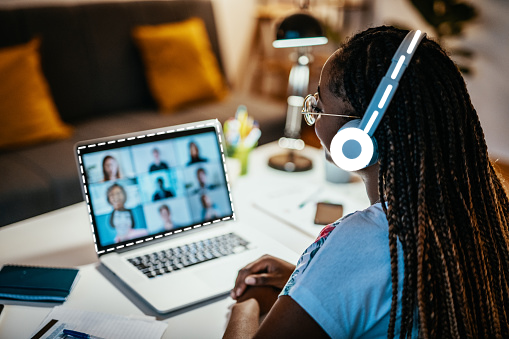 Virtual selling is the new normal. Learn how to engage your leads remotely using the following best practices. 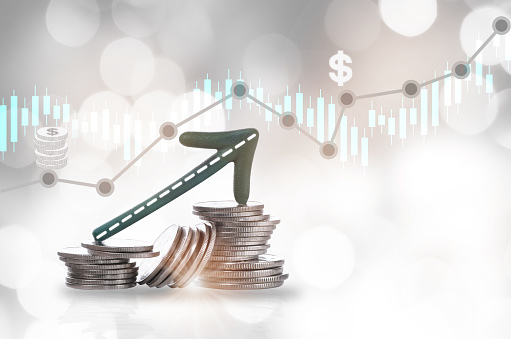 What is Revenue Operations? The Complete Guide

Revenue Operations technology helps teams increase win rates and customer retention. Here is everything you need to know about RevOps.