All Sales is Inside Sales

A new era has begun for the field of sales, sparked by remote work. It consolidates all types of sales into one: inside sales.

We live in a world of constant change. It’s said that the only thing that remains constant in our lives is, in fact, change. The idea that nothing stays the same for a long period of time remains true in a million different situations. Imagine if we communicated in the same style as we did in the early 1900s. It’s crazy to think about! Some people today have never even been to a post office, let alone hand-written a message to send to someone across the world on a boat. Technology and computers have totally disrupted how we communicate today.

Something else that has significantly changed in our lifetimes has been the way people sell. The industry of sales had had numerous makeovers, shifting from the introduction of a sales playbook, to the role of an SDR coming about, to today. Personal relationships, automation, and sales technology now rule the sales game. In addition, sales has, until recently, been categorized into two spaces: inside sales and outside (or field) sales. Both types of sales have the same end goal - driving revenue. However, the method of getting to that bottom line can be very different.

Now that it’s 2020, we are entering into another sales revolution - one that brings these sales categories into one. One that shifts all sales to inside sales, and has almost wiped out outside sales. Why is this? How did this come about? Let’s dive into this topic.

What is inside sales?

Inside sales is said to have originated from telemarketing back in the 90s, as the basic core function is the same - making a sale over the phone, or rather, not in person. Inside sales, however, has a much higher focus on developing and maintaining a relationship with that person on the other end of the phone. It isn’t about a one-and-done sale, it’s about longevity and creating a business relationship that doesn’t stop after the first touchpoint.

Inside sales can also be described as remote sales. Inside sales representatives make sales over the phone or a video conferencing tool, with a person or company who is not in the same city or even the same country as them. This is typically after multiple touchpoints with the end client, made through phone calls, emails, Linkedin messages, video chats, or anything else online. As previously mentioned, inside sales are sales that are not made in person. So in theory, this makes every inside sale a remote sale, and vice versa.

Throughout the last two decades, inside sales has made its way to the top through many large companies adopting it into their strategies as a kind of hybrid form of inside and outside sales. One where many leads are generated through younger, tech-savvy sales reps making calls, then handing those leads over to more senior account executives, or “closers”, who then make the sale in person by going to the offices of the prospects. Even Marc Benioff, CEO of Salesforce, says that this is how they operated their sales department for years, but just called it “sales.” This was a great starting point for inside sales to be introduced into large, bureaucratic environments where change is typically hard to implement. The field of inside sales has only exploded ever since.

B2B companies, startups, small organizations, etc. are all perfect examples of businesses that have helped how inside sales grow over the years. First, inside sales is much more cost effective compared to outside sales, as companies don’t have to spend any money on sending their sales reps to offices located on the other side of the country. They need a phone, some leads to connect with, and to have a deep understanding of what they are selling. Of course there is much more that goes into an inside sales person’s job today, but these kinds of costs are nothing compared to outside sales. Second, as stated before, inside sales is remote sales.

Therefore, sales can be made from anywhere in the world, with someone from the opposite side of the world. This gives startups and small businesses huge potential to sell outside of their physical or geographical boundaries and really scale up their sales potential. So, naturally for a small business or a startup, inside sales is the preferred method of sales.

In short, inside sales is a relatively new, hypergrowth department that has seen 300%+ growth in the last decade. And in just a few years, it has nearly wiped out it’s competitor, outside sales. That’s why, in today’s world, all sales are now inside sales.

What is outside sales and why is it dead?

An example of outside sales is a company that sells screws and bolts. The way they get these products into the retailer that sells them is by sending their sales reps to physical home hardware stores, and pitching their products to the owner or manager of that store. The sale is made usually on the spot, and the rep packs up and drives to the next retailer on their list.

This method of sales worked extremely well… before the internet existed. Before the internet, customers were not as knowledgeable as they are today, and information was not as easily accessible. This led many sales teams towards an outside sales model. In addition, sometimes if there is a leader in charge of the sales team who has a bias towards outside sales because that is how they did it in their day, chances are they are unwilling to change. These are some red flags that eventually led to the decline of outside sales - an unwillingness to adapt to the changing world around them.

Finally, there is one thing that has really solidified the total shift from outside to inside sales. It’s an interesting dilemma that has forced an inside sales model onto many, if not all, unsuspecting outside sales teams.

Remote work has solidified the shift from outside to inside sales.

Everyday, more and more companies are adopting remote work, and it is slowly becoming the norm for many people around the world. Remote work is especially important because of the current state of our public health, and it is impossible for people such as outside sales reps to do their job properly. So now, all outside reps have become inside reps.

It is no longer possible for an outside salesperson to go to their client’s office or business to make sales. Outside reps everywhere are being forced to pick up the phone and dial - just as an inside sales rep would - to make sales. Their entire outside sales process has shifted to inside sales in almost an instant, and it can be a shocking change for someone who has never had to make a cold call before.

In conclusion, now is the time to adopt an inside sales model. Long after this remote work period is over, we believe that outside sales will cease to exist. Once outside sales reps get a taste of the higher amount of success they can have by switching from outside to inside sales, it will be difficult to go back to the historical way of sales.

A new era has begun for the field of sales. Ready or not, you’ll eventually join the movement, so get started today! 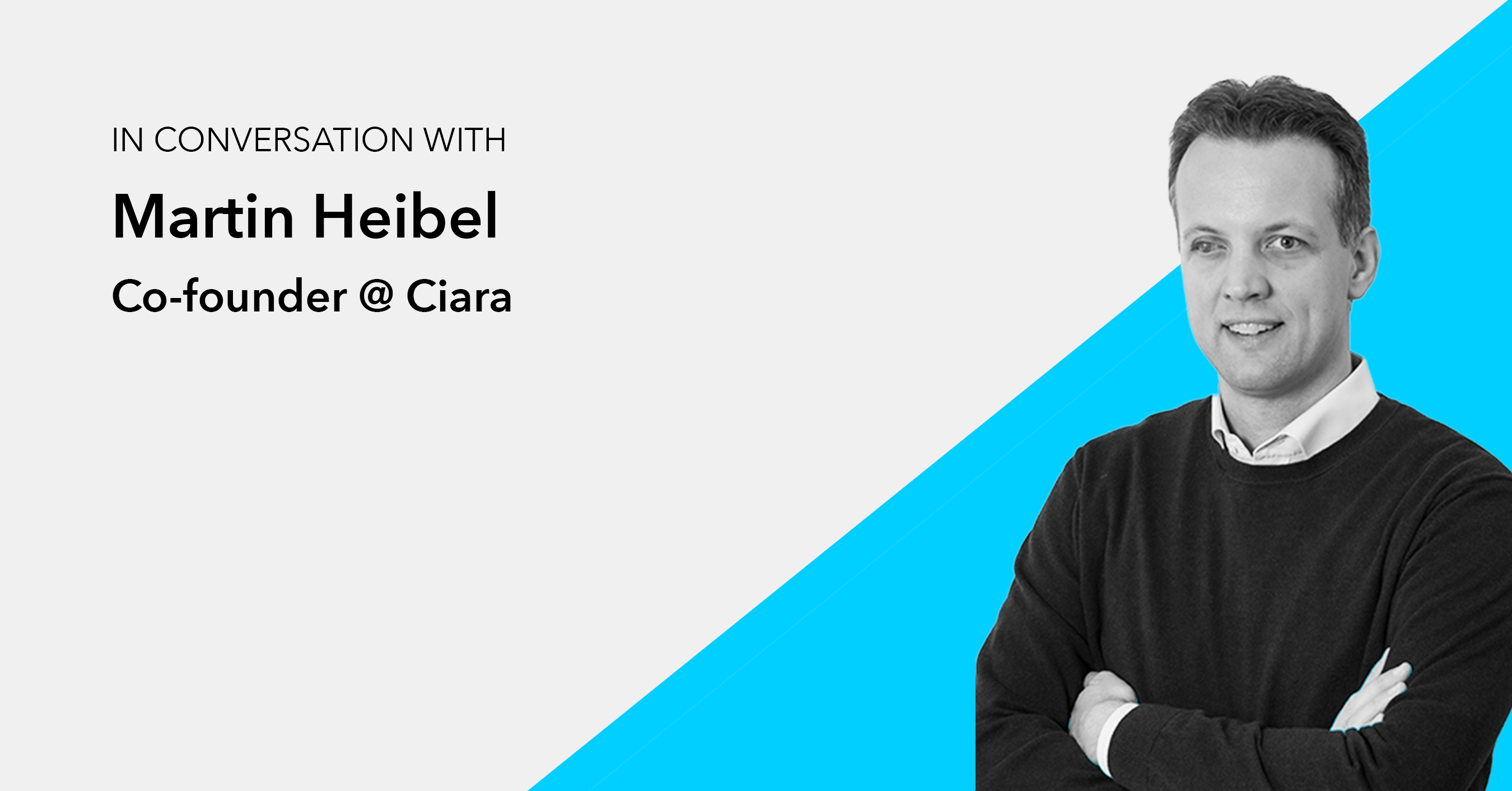 "It's in customer conversations where business is done"

Ciara co-founder Martin Heibel shares his view on the future of sales tech and why now is the right time to invest in voice-enabled tech. 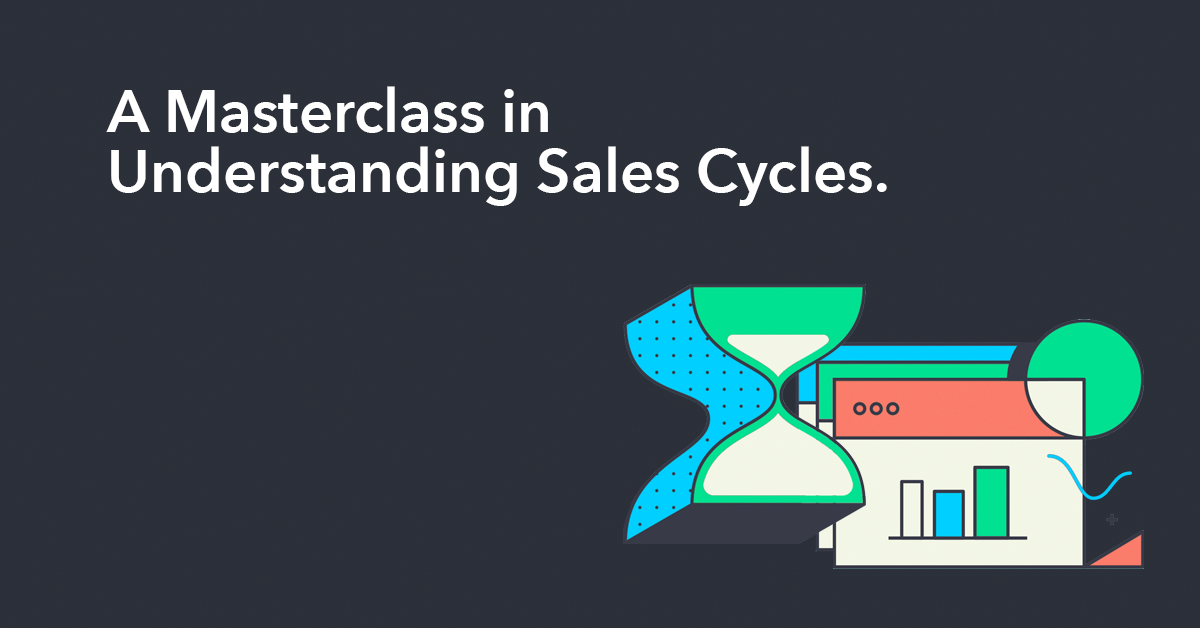 A Masterclass in Understanding Sales Cycles

What are the stages of a sales cycle and how can you build an effective sales cycle for your team? Read our masterclass on sales cycles!